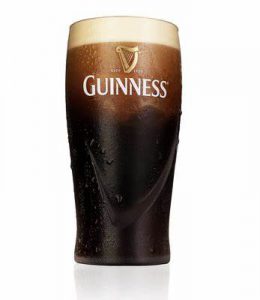 Rich and creamy. Distinctive, Ruby Red colour. Velvety in its finish. Our most iconic beer was developed in 1959 by our brewers’ and launched as a celebration of the 200 years anniversary of Arthur Guinness signing his 9,000-year lease. It established itself as the top-selling Guinness beer with lightning speed. Drinkers were instantly drawn to its complexity and bold combination of flavours.

“Famous for its smooth velvety texture and unique surge and settle.”

Guinness brewers were the first to introduce the combination of nitrogen and carbon dioxide to draught beer. The result was Guinness Draught, famous for its smooth velvety texture and unique surge and settle.

Also available as a surger unit for use with surger cans